This small exhibition supported by the Département de médiation culturelle on the occasion of the European Heritage Days was dedicated to a sensitive theme: death, which is closely associated with the fascination archaeology has, more particularly among young people. In order to evoke the world of the dead, the Laténium presented the results of a recent overview on the funerary mounds of the Early Iron Age in the canton of Neuchâtel, which for the greater part were explored at the beginning of the 20th century.

The public entered the heart of the Coffranon tumulus, which had been redesigned. The exhibition highlighted the exceptional archive documentation, thus creating a fresh vision of a poorly known period of regional archaeology, while raising the profile of certain archaeologists such as Armand Borel (1866-1958), the official excavator of Paul Vouga.

Founded on various partnerships with representatives from the fields of education and interculturality, the exhibition Enter the grave was accompanied by a rich activities programme (conferences, thematic guided tours and theatre performances). The educational workshops destined for school classes were specially conceived around the theme of death. Based on graves, skeletons and funerary offerings, these workshops formed spaces for dialogue between the past and the present, inviting children and teenagers to examine the funerary customs of our ancestors and to discuss in a playful manner and without taboos the issue of the meaning given to death through the centuries and in different cultures. 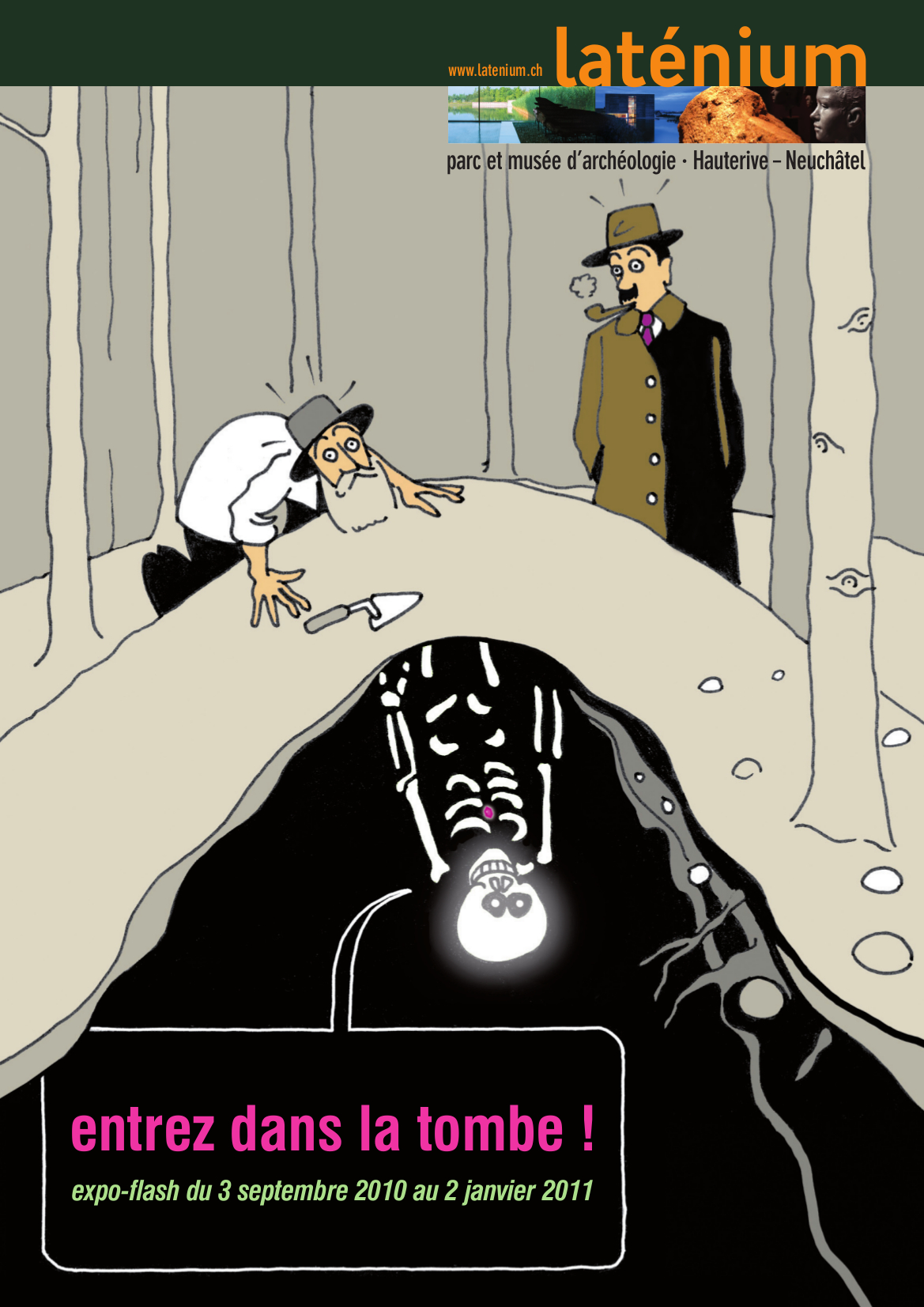