The Paul-Vouga space, which was erected above the archaeological site of Hauterive-Champréveyres to host the new museum of archaeology, is a place for synergy where many professional activities related to archaeology are practised. The Laténium is indeed closely associated with the official authorities in charge of excavations, archaeological research and the protection of cultural property in the canton of Neuchâtel. These are the offices and laboratories linked to the archaeology section of the Office du patrimoine et de l’archéologie du canton de Neuchâtel (OPAN), the archives of the cantonal collections, the laboratories of preservation-restoration and of dendrochronology and the seat of the chair of prehistory of the university of Neuchâtel. This organic link is an exceptional advantage: at the Laténium the highlighting of heritage is closely intertwined with its preservation and its scientific study.

The Laténium is distinguished by its open, sober and elegant museum design that perfectly articulates architecture and archaeological narratives. The collections that are exhibited are associated with the territory from which they come through bay windows opening onto the archaeological park and the surrounding landscapes. The architects, Laurent Chenu, Pierre Jéquier, Bruce Dunning, Philippe Vasserot and Peter Versteegh, have conceived invariably open spaces, communicating with each other and illustrating the historic continuity with the past. Rough concrete, blond wood parquet, patinated metal, glass, large spaces and windows opening onto gorgeous views of the lake characterise the building.

The permanent exhibition is defined as time travel back to the past. The architecture of the initial rooms, designed with an inclination of 6% takes visitors down in a symbolic descent through time as a reminder of the stratigraphy which is so emblematic of the world of archaeology. At one end of this travel a striking view creates an escape: the water of the raised pond evoking the three-metre-higher water level of the lake prior to the Jura Water Correction (19th century) where the horizon line merges with the lake of Neuchâtel.

The shell of the building, of armoured concrete, is covered by an insulating wooden envelope the colour of which changes over the course of time.

The Laténium was awarded the Museum Prize of the Council of Europe, which honours its qualities at the level of European heritage, in particular stressing the embedding of the museum in its environment and the archaeological park, the intelligent use of electronic media and more broadly the European dimension of the objects and themes presented in the exhibition. The Laténium has also received the Minergie label, which acknowledges the innovating and ecological character of the systems of climatic control (natural aeration, cooling by pumping water from a fresh water source underground, wood heating with fuel to supplement).

The main tasks of the archaeology section of the OPAN are to safeguard and highlight the archaeological heritage of the canton of Neuchâtel. When this heritage is exposed to destruction risks caused by human activities (building projects) or by natural factors (for example erosion), it becomes imperative to ensure its safeguarding by carrying out diagnostic investigations followed, if necessary, by the implementation of extensive excavations.

These tasks count as preventive archaeology. They are closely linked to the development projects carried out in the canton. However, not all of these can be systematically followed-up. Priority therefore is given to large infrastructure works and to economic development projects, which, because they concern important areas, enable archaeologists to gain the best overall view of a site or a microregion. The minor projects or smaller areas are also subject to investigations insofar as they are likely to yield new data and to complete the knowledge related to distinct themes or archaeological periods that are still poorly known in the canton of Neuchâtel. 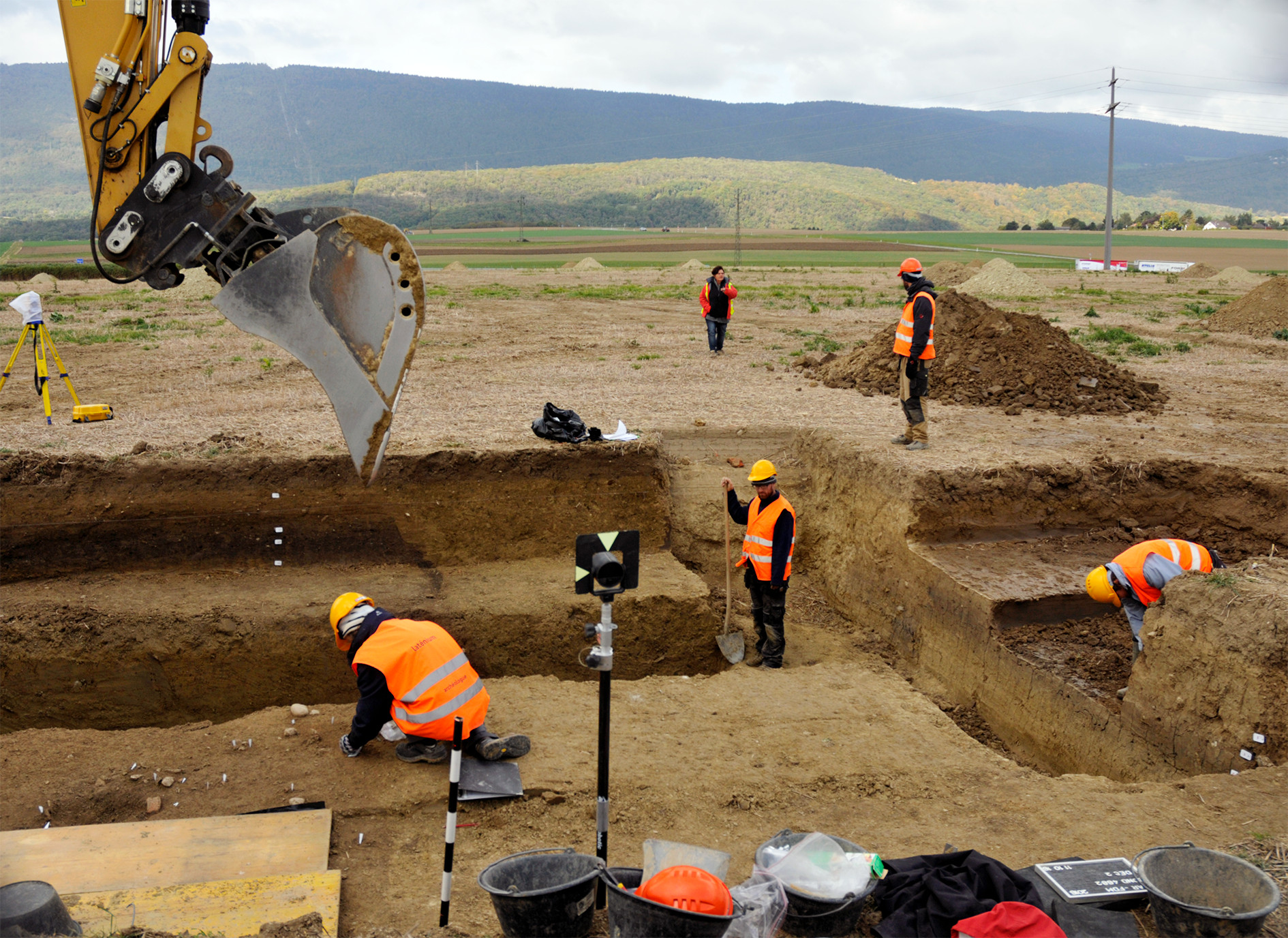 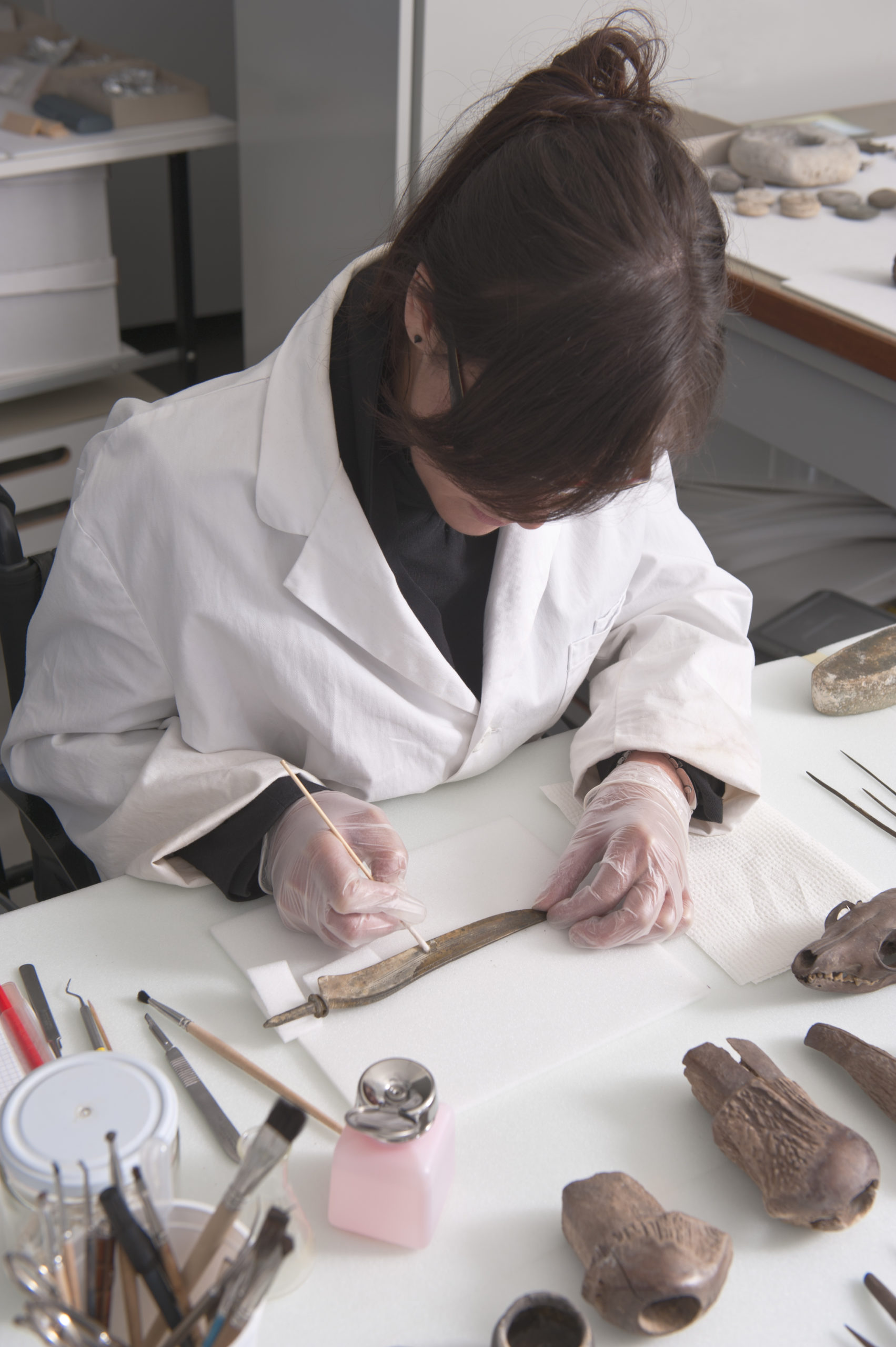 The Laténium has a specialised laboratory responsible for the long-term safety and sustainability of the objects of our archaeological heritage. This laboratory is comprised of four working units with modern, high-performance equipment for the treatment of organic materials, metals and pottery, as well as stone and glass.

The main task of the laboratory is the establishment of preventive preservation treatments and procedures. When the objects recovered from the excavations arrive at the laboratory, the long-term stability of the materials has to be ensured. For this purpose the conservators-restorers also monitor the climate conditions in both the exhibition rooms and the archives of the museum. The conservators-restorers also restore certain damaged objects, create facsimiles and reconstruct particularly delicate pieces for museographical or educational purposes.

In order to ensure optimum preservation conditions for the 525,000 objects in its collections, the Laténium has several archives located in the basement of the building and underwater in the Lake of Neuchâtel. Here, the various types of archaeological materials represented (pottery, stone and hard animal materials, textiles, organic remains and waterlogged wood) are stored for long periods of time. These archives also host the administrative archives of the museum as well as hundreds of thousands of scientific documents (paper archives, photographs, slides, digital documents, etc.) related to the history of excavations and archaeological research carried out in the canton of Neuchâtel since the 19th century.

The most important archaeological series, i.e. almost 20,000 objects (in particular the discoveries of the eponymous La Tène site), are arranged on mobile glass shelves in an accessible archive, which is regularly opened to the public on the occasion of Open Days or special events. 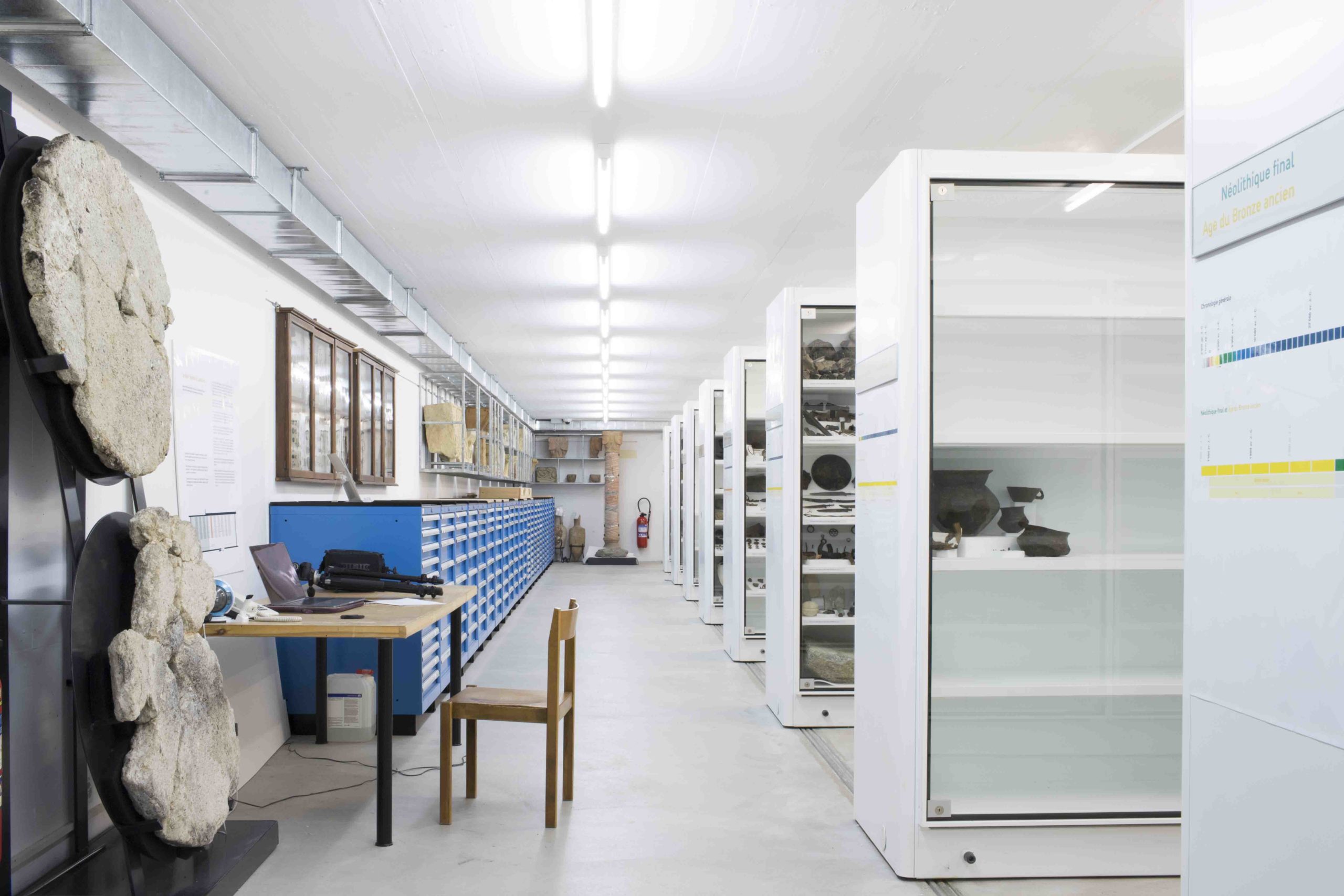 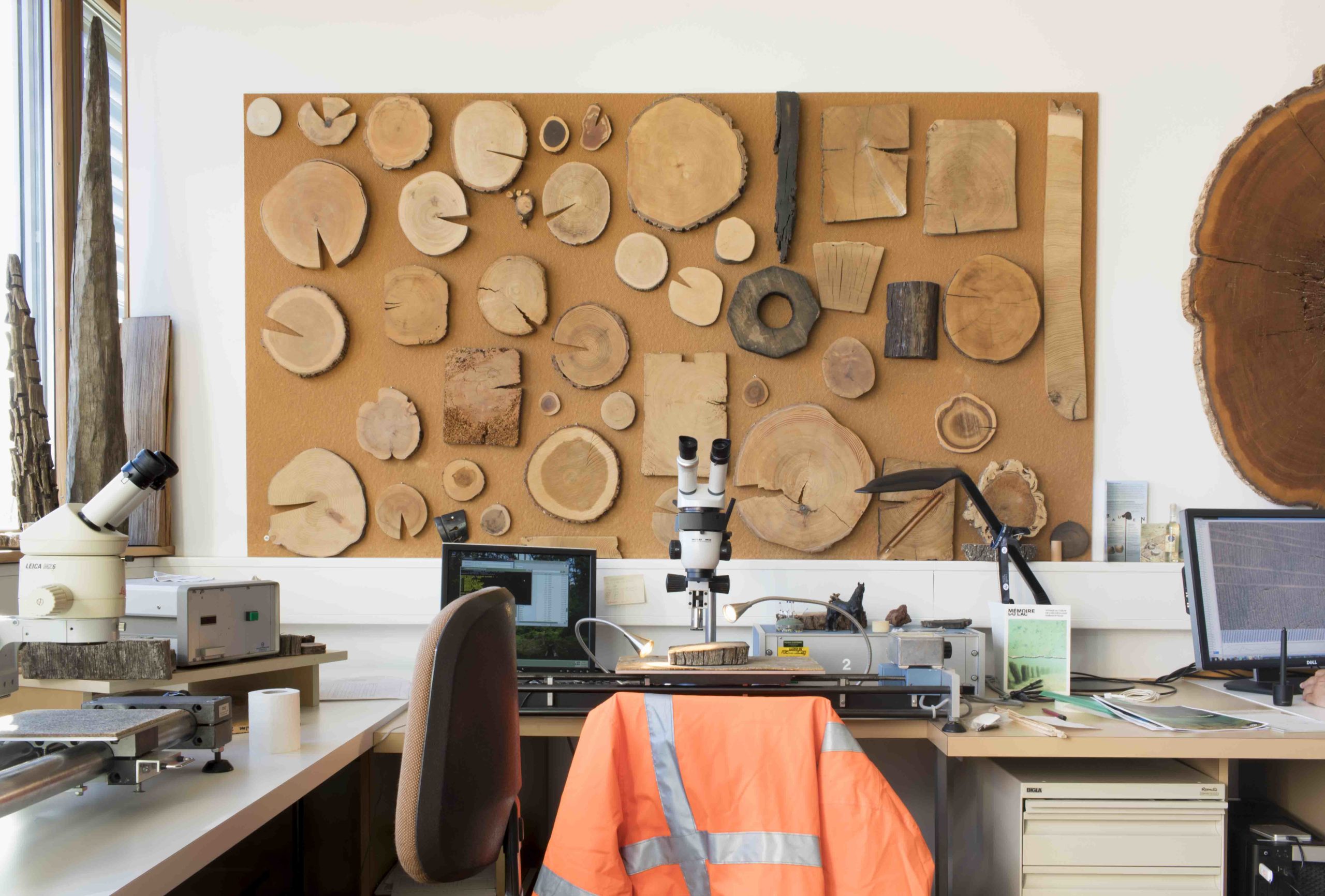 The laboratory of dendrochronology

The laboratory of dendrochronology was founded in 1973 at the time of the highway excavations carried out in the bay of Auvernier. From the beginning its investigations focused on the dating of wooden remains from the Neolithic and Bronze Age lake dwelling villages (from around 3900 to 850 BCE), as well as on building archaeology. Incorporated into the archaeology section of the Office du patrimoine et de l’archéologie du canton de Neuchâtel, it is constantly in contact with the field while being closely connected with the conservation and museography of the wooden remains.

The laboratory regularly accepts students from universities or specialised institutions of higher education for internships, courses or seminaries. Thanks to the numerous archaeological sites and historical buildings the laboratory of dendrochronology continuously feeds a data base containing several tens of thousands of growths curves spanning some 6,000 years which concern species such as oak, fir, spruce and larch.

The chair of prehistory at the university of Neuchâtel

The Laténium is also a place of university teaching and research. It has lecture rooms and offices of the chair of prehistoric archaeology of the university of Neuchâtel with which it shares a richly equipped library. The chair of prehistory, specialising in research into regional protohistory (Neolithic and Metal Ages), archaeology of the Nile valley and history of European archaeology, provides general education and delivers bachelor’s, master’s and doctorate degrees.

Being part of the Maison des sciences historiques de l’Université de Neuchâtel (history, archaeology, history of art and museology), the chair of prehistory has close collaborations with the universities of Fribourg, Bourgogne (Dijon) and Franche-Comté (Besançon), within a common master’s programme. In partnership with the Muséum national d’histoire naturelle de Paris, the Laténium and the university of Neuchâtel in addition organise a yearly “summer school” destined for master’s students and related to themes such as collection practices, history of sciences and archaeology.

The deputy-director and the director of the Laténium provide regular lectures at the university and they maintain numerous international academic partnerships. The director in addition takes on the charge of a full professor which enables him to head collective research projects, notably funded by the Swiss National Science Foundation.

Thanks to this university feature, the Laténium benefits from privileged access to scientific news and takes advantage of the valuable enrichment provided by the everyday activities of the students, the lecturers and their partners from Switzerland and from foreign countries as well. 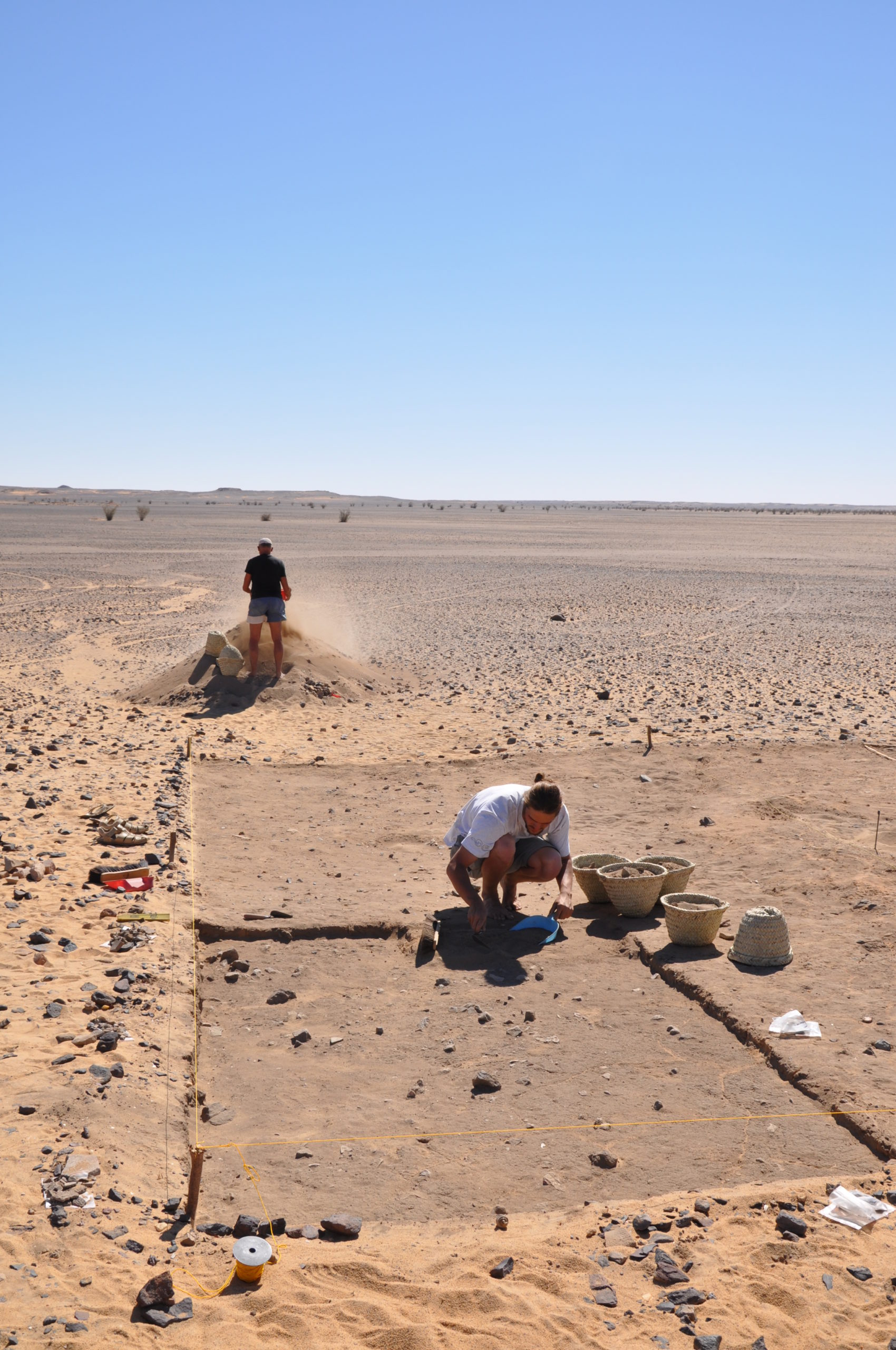