The museum and its collections

The Laténium hosts over 525,000 objects — mainly regional archaeological findings covering an uninterrupted period from the Middle Palaeolithic to Modern Times and including numerous reference assemblages on a national or international scale.

3,000 of these half a million pieces were selected to be exhibited in the showcases of the permanent exhibition. The main series are preserved in the “accessible archive” in which almost 20,000 objects are arranged on mobile glass shelves for researchers and students. This space in constant evolution is regularly open to the public on the occasion of special events.

History of the collections, the excavations and the museum

The abundance and the value of these collections show the intensity of the investigations carried out in the region. Many, often foreign-born, scholars from Neuchâtel have contributed to the methodological achievements of archaeology — as is shown notably by the foundation of the International Congress of Prehistory in Neuchâtel in 1866. Moreover, the strong social and cultural valorisation of archaeology in the canton of Neuchâtel enabled very early public awareness with regard to the requirements of heritage protection and thus encouraged private individuals to report on and to give to the museum countless discoveries. The long-term involvement of amateurs thus made it possible to ensure the remarkable representativeness of the collections at the Laténium.

From a historical perspective the rise of regional archaeology was triggered by the “lake-dwelling fever” that marked Switzerland in the second half of the 19th century, the effects of which were strengthened by the “Jura Water Correction” (1868-1879). This artificial lowering of the water levels of the lakes of Neuchâtel, Biel and Murten by 3 m indeed prompted increasing numbers of surveys and explorations of the newly exposed shores. At the beginning of the 20th century, archaeological research carried out in Neuchâtel was particularly distinguished by the systematic and exhaustive excavation of the famous La Tène site (1907-1917), as well as by the scientific exploration of the Mousterian cave of Cotencher (1916-1918), which is the main reference site for the Neanderthal period in Switzerland. 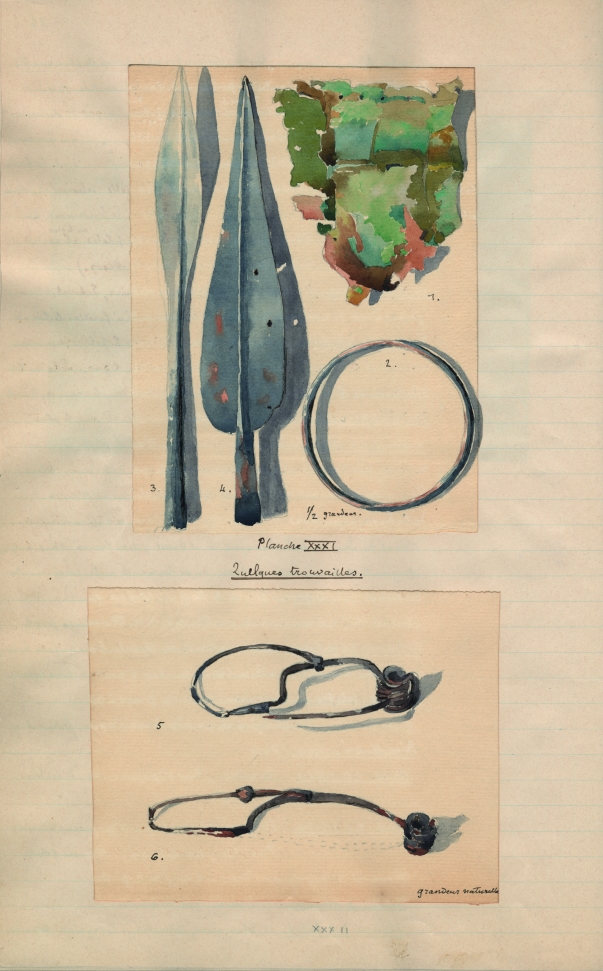 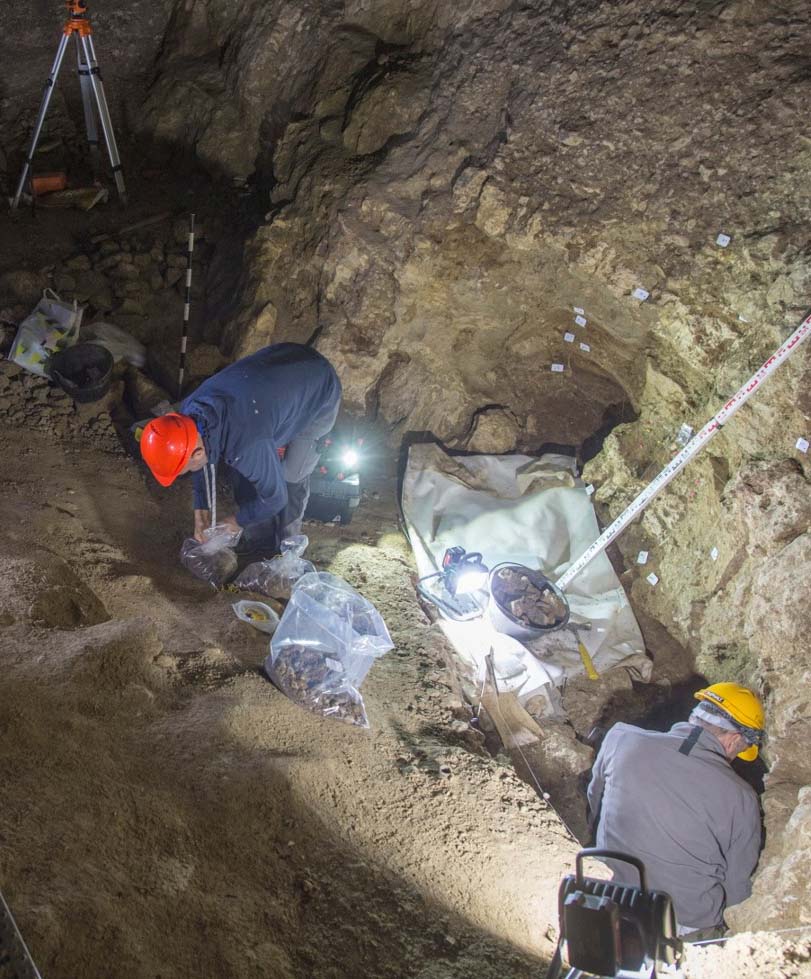 From 1964 on the construction of the A5 highway resulted in the challenging and pioneering implementation of so-called “preventive” archaeology in Switzerland. Vast research programmes supported by the Swiss Confederation and funded by more than 200 million Swiss francs enabled the identification and scientific documentation of countless human settlements on the shores of Lake Neuchâtel. These very large-scale projects, which involved interdisciplinary and international teams of up to 200 researchers, demonstrated the need for appropriate showcasing through the creation of a museum destined to become the most important archaeological museum in Switzerland.

Inaugurated on 7th September 2001, the Laténium is therefore the achievement of several decades of intensive archaeological research carried out in the canton of Neuchâtel. Acclaimed by the people of Neuchâtel during a referendum in 1996 this museum of international scope succeeded the former Musée cantonal d’archéologie, founded in 1962, subsequent to the ‘cantonalisation’ of the archaeological collections of the Musée de Neuchâtel, which were established progressively as early as the beginning of the 19th century.

The collections of the Laténium are constantly enriched by the results of archaeological excavations carried out in the canton of Neuchâtel.

The Laténium, heir to the collections from the former Musée de Neuchâtel, also hosts foreign discoveries, in most cases offered by prominent figures from Neuchâtel in the 19th century, in particular the collections Clément (Greece, Italy), Schneider (antique glasses from Palestine), Clerc (Russia), Berthoud (Italy), Russ-Suchard (Tunisia), as well as a large number of isolated objects donated by private individuals over the decades.

Among these collections several significant assemblages originating from the Upper Palaeolithic in France (excavations carried out by Emile Rivière) can be highlighted, including outstanding pieces of portable art from Dordogne, as well as the collection of Colonel de Bosset (1773-1845). This governor of the island of Cephalonia from Neuchâtel donated to the museum of his hometown the discoveries of his archaeological explorations – more particularly the most ancient assemblage known of Mycenaean pieces, collected more than fifty years prior to the famous excavations by Heinrich Schliemann in Troy.

More generally these foreign collections mirror the boundaries of the different fields at the beginning of the 20th century. When the Musée d’ethnographie de Neuchâtel was created in 1904, most of the oversea collections, then regarded as being “exotic”, were attributed to it (in particular the collections from ancient Egypt).

The Laténium strictly abstains from any activity on the antiquities market. According to current deontological principles and with the support of the Federal Office of Culture the museum regularly carries out historical provenance research with the aim of clarifying the entry conditions of distinct assemblages of foreign origin. 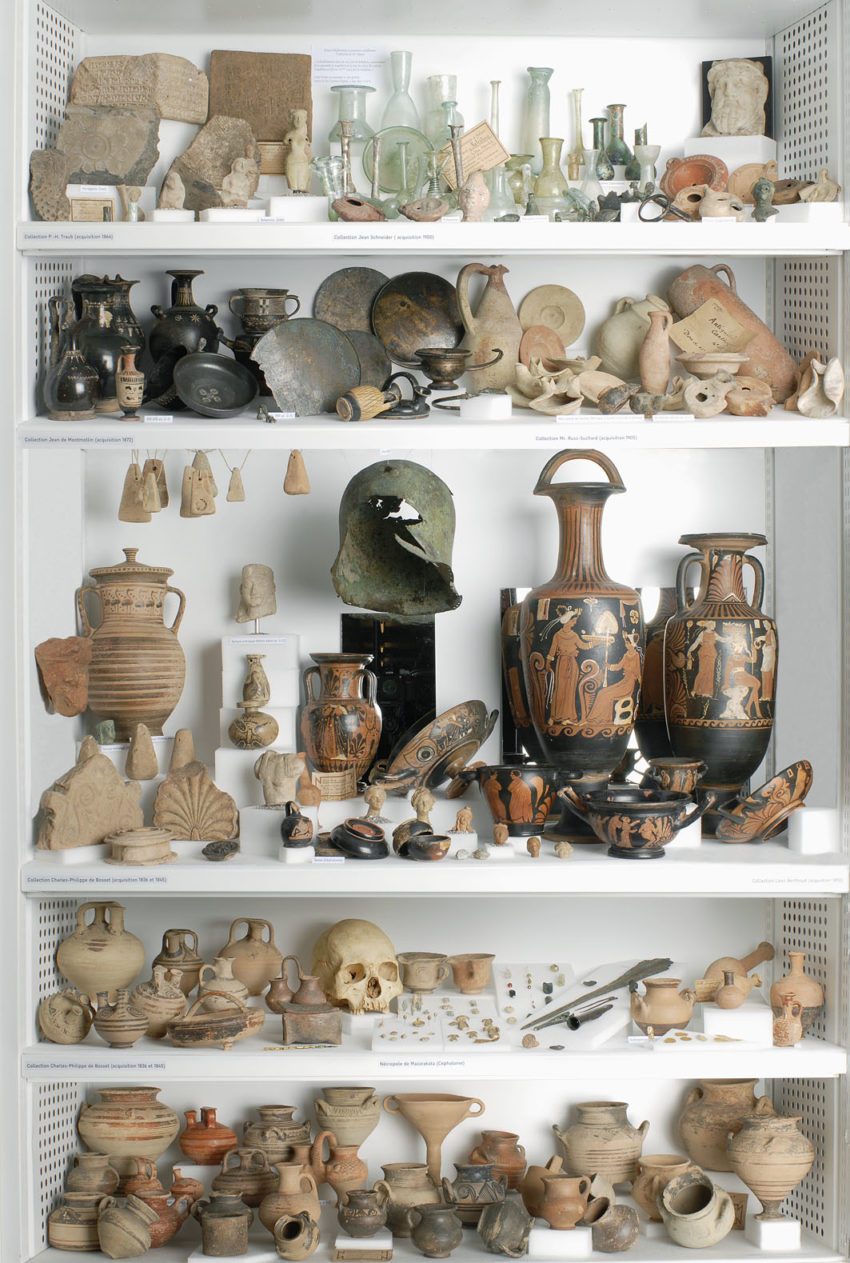