A partnership between the Hermitage Museum of Saint Petersburg and the Musée cantonal d’archéologie de Neuchâtel, which became the Laténium in 2001, was established in 1993 on the occasion of a scientific congress organised in Saint Petersburg under the umbrella of the European Community. Holy Russia thus agreed to loan some of its greatest archaeological treasures for several months.

The exhibition Treasures from the Steppes was organised around a Turkmen yurt – a circular tent inherited from a nomadic hut three thousand years ago – and was punctuated by successive sections. The first one was a camp of Palaeolithic hunters discovered at Mal’ta, 80 km from Irkutsk, in eastern Siberia. In around 20,000 BC huts were erected on a terrace of the Belaïa river. Some parts of the hut structures were preserved: stone circles delineating the inhabited space, fireplaces, waste heaps. In addition to knapped flint tools, the Mal’ta site has yielded ivory figurines: flying birds, female statuettes, sometimes featuring hair and clothes. The art of the “Palaeolithic Venus”, such a prefiguration of future Europe, links the Atlantic Ocean to the Ural region.

Visitors then left the loess world – yellow dust deposited at several metres’ height by the blizzard on the Quaternary ice sheet – for that of the forests, swamps and bogs where there are abundant wooden constructions that irresistibly recall the “pile-dwelling” villages of the Swiss Neolithic. In many cases, in Russia, the usual or precious objects dated between the 6th and the 3rd millennium BC reveal carved or engraved animal figurations which also adorn the pendants.

This abundant and surprising art is completed by tens of thousands of engravings of animals discovered on the rocks polished by the glaciers along the valleys of the Lena, the Ienisseï, the Tom river (southern Siberia); these have also been recorded in Uzbekistan, Kazakhstan, on the shores of Lake Baïkal as well as Lake Onega. Although it would be possible to regard these engravings as evidence of the transition from a world based on predation – hunting, fishing, gathering – to a world increasingly marked by stockbreeding and agriculture, the chronology of such collections is less certain given that shamanism in these regions remains alive nowadays.

The emergence of solar cults during the Bronze Age is to be noted. The huge kurgan of Maïkop in Georgia in the northern Caucasus is dated to the beginning of copper metallurgy, at about 2500 BC. This grave with a tumulus 11 metres high was excavated in 1897 and contained several burials accompanied by real treasure. The visitors to the exhibition at the Laténium were given the chance to contemplate golden appliques figuring lions and bulls; a silver vessel with engravings of animals; a massive bull made of gold the grace and strength of which equal the most beautiful Mesopotamian pieces.

Scythian art flourished on such bases. It is possible to recognise themes and styles belonging to the Middle East, even China. On the shores of the Black Sea contacts were developed with the Greek colonies: Herodotus, “the father of history”, provides a detailed and stunning testimony of this. Figurines of felines, heads of birds of prey, deer and saiga antelopes literally streamed from the graves dated between the 5th and 3rd century BC in the form of golden plaques with animal decoration. They later enriched the collections destined for developing the artistic preferences of the young Peter the Great. 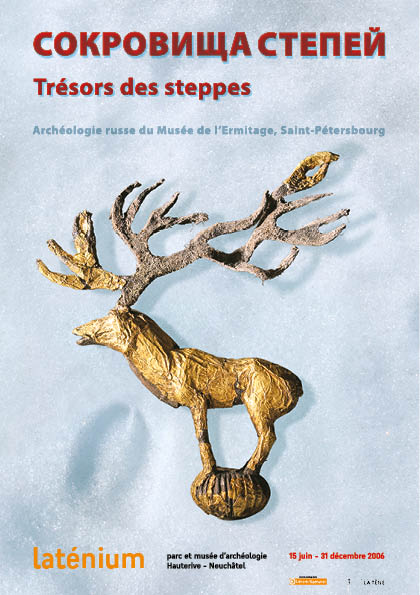 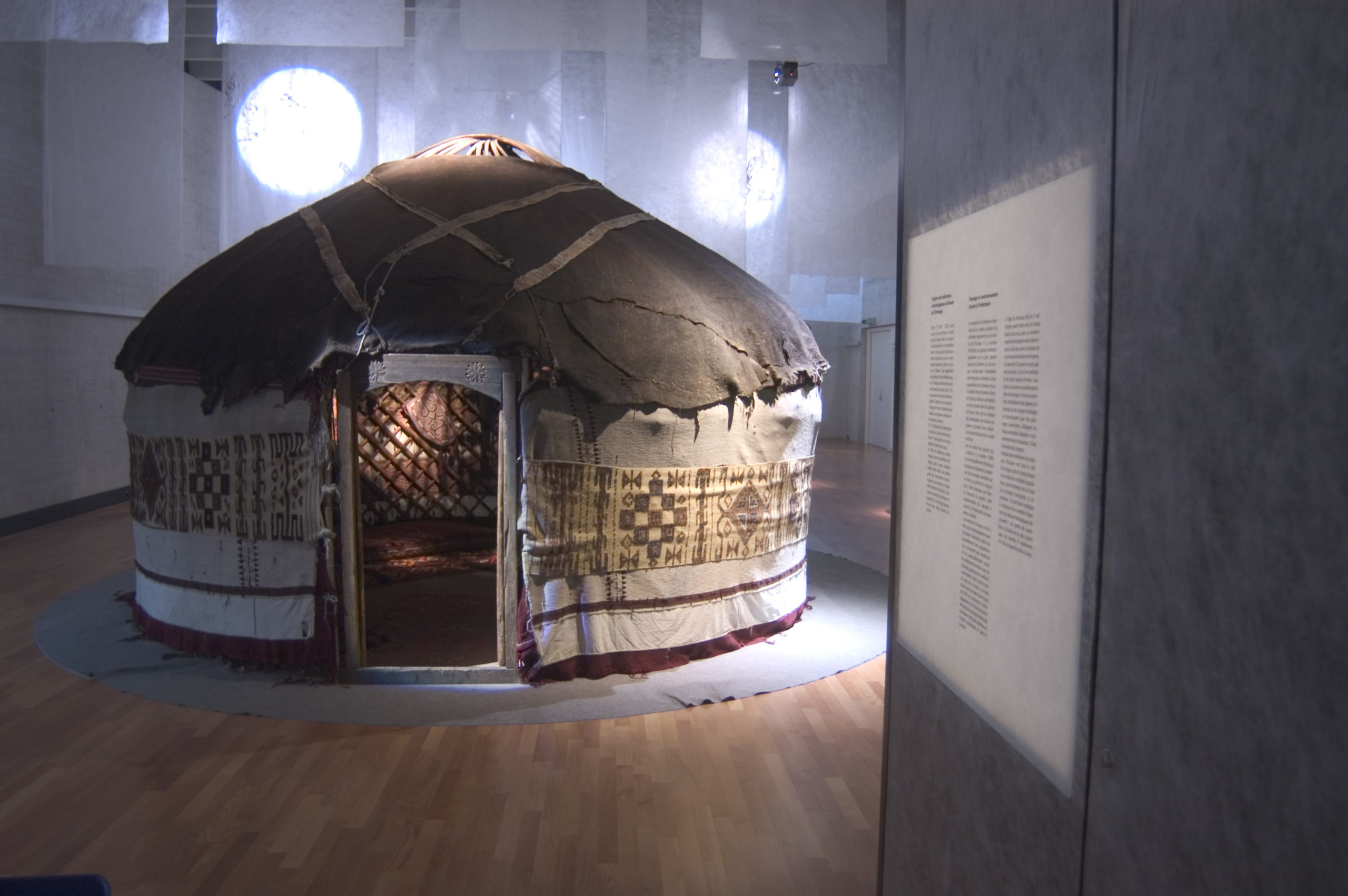