Using artistic representations dating back to the Palaeolithic Ours questioned the ambiguous relationship that humans have had with their wild big brothers for millennia. Visitors discovered the earliest representations that were created 40,000 years ago during a period of intensive artistic and spiritual vibrancy. At that time humans came across the cave bear, a species that has been extinct for 20,000 years, and the brown bear, which still exists today. From prehistoric times on bears were given specific artistic treatment involving easily recognisable stereotypical details: eyes, fur, rounded back, trapeze-shaped head and small ears visible on the exhibited objects.

In contrast to the herds of horses, reindeers, bison and aurochs which cover the walls of the prehistoric caves and rock shelters of southwestern France, the bear whether engraved or painted often appears in an isolated or hidden position in recesses that are difficult to access. On walls or portable supports prehistoric artists played with their texture, shape and relief. In the exhibition visitors had to search for the bear which was hidden from view using digital devices specially created using three-dimensional photographs.

The presentation, in Switzerland, of most of the known prehistoric depictions of bears was indeed exceptional. It was achieved thanks to the generosity of numerous French and European institutions which agreed to loan pieces discovered for the most part in southwestern France. These pieces demonstrated a wide variety of materials and the techniques: engraved or sculpted pebbles and stone blocks, figurines and engraved small slabs made of bone or ivory, or modelled from clay.

The exhibition Ours, which was created in collaboration with the Réunion des musées nationaux-Grand Palais and the Musée d’Archéologie nationale – Domaine national de Saint-Germain-en-Laye (France), was also a great opportunity for the Laténium to highlight the prehistoric heritage of the canton of Neuchâtel, more particularly the caves of Bichon and Cotencher, which yielded plenty of fossilised bear remains dating back over 50,000 years. These internationally known sites have played a key role in the history of research concerning the relationship between humans and bears over the course of time. Visitors were also given the opportunity to discover the complete skeletons of a female cave bear and her young offspring, which were recently uncovered in the canton of Glaris and which were shown here to the public for the first time. 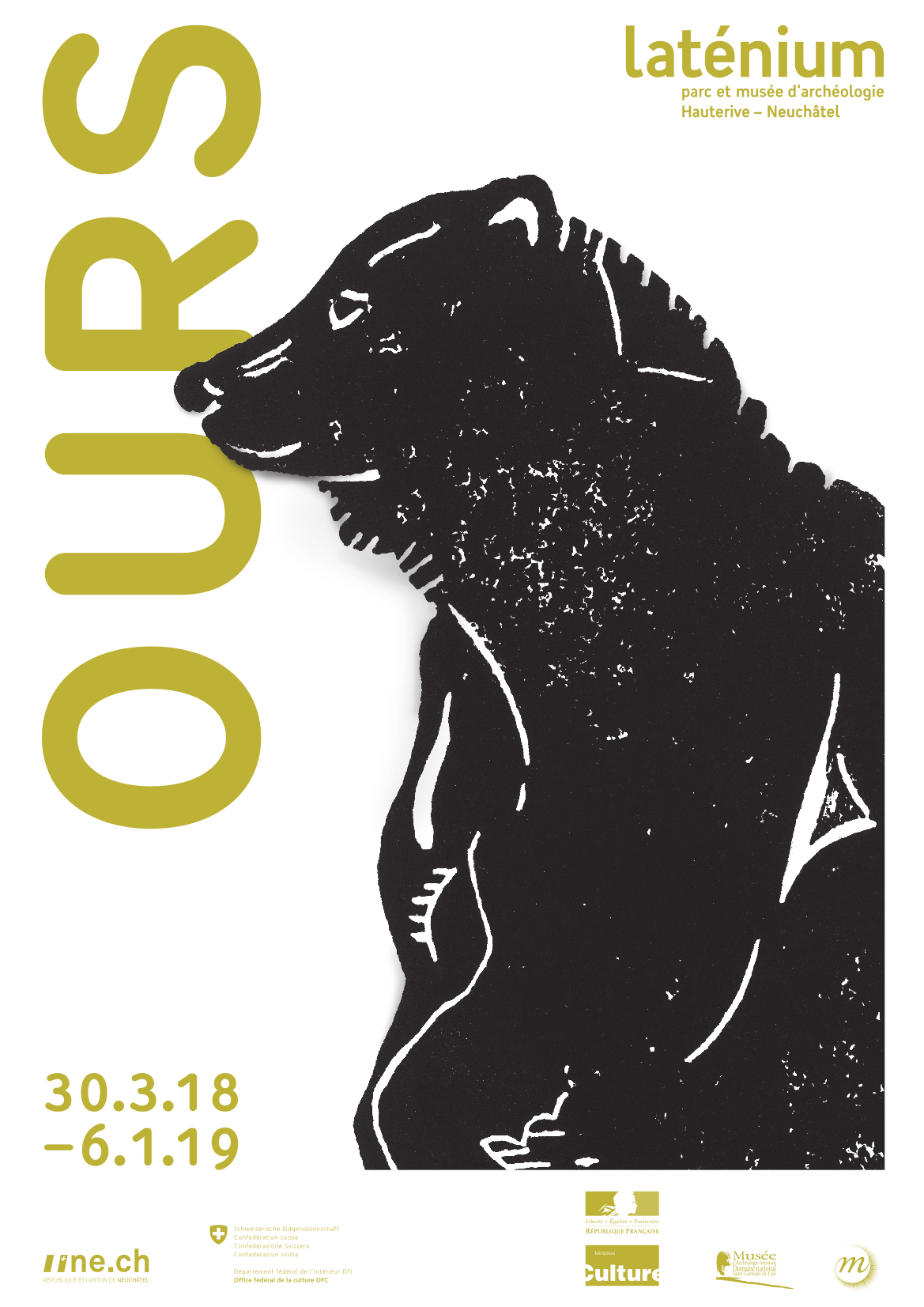 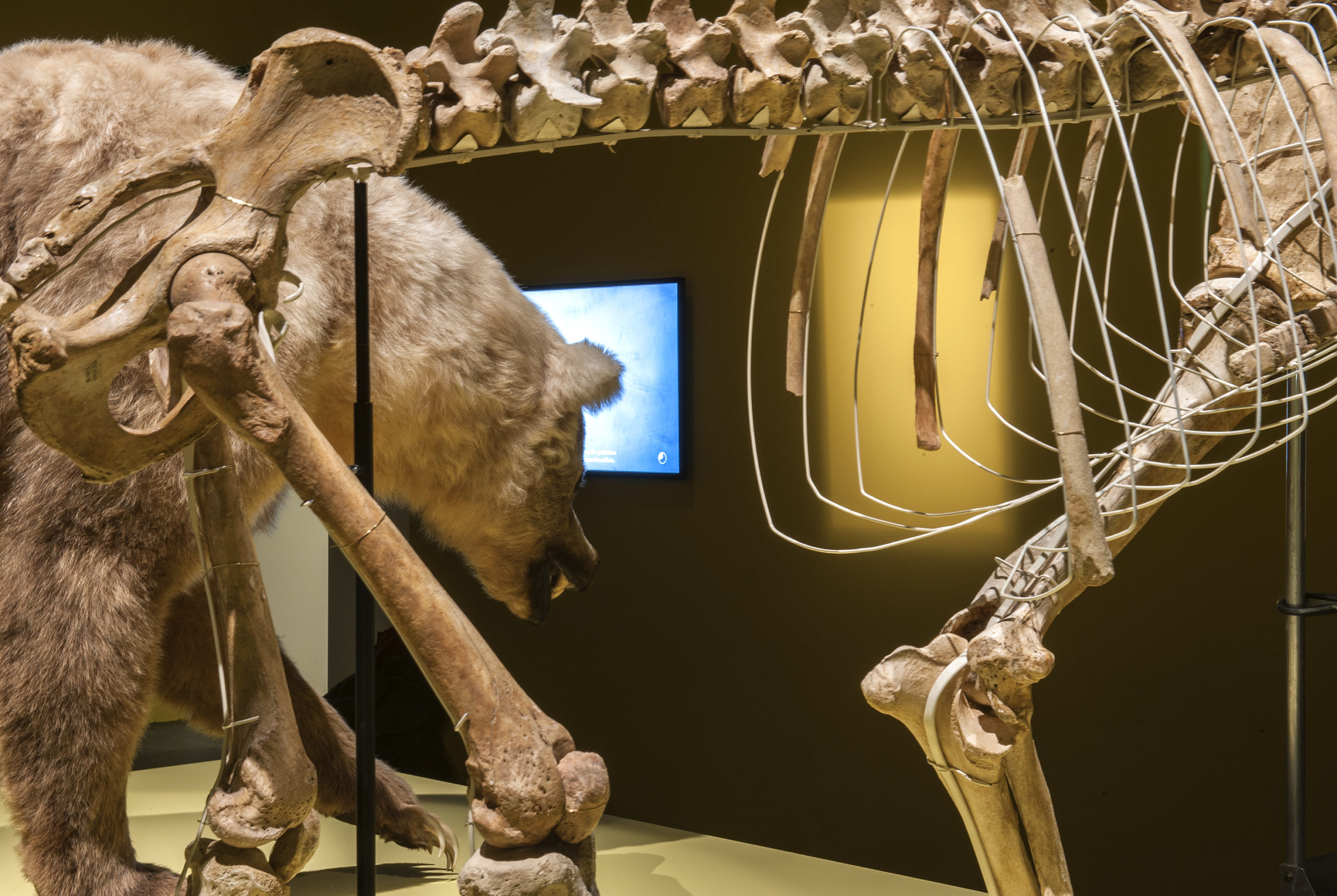