The search for shipwrecks hidden under the seas is one of the richest and most fascinating fields of archaeology. Amphorae or luxury tableware, copper, tin and glass ingots, everyday objects used by seamen, architectural elements of the ships make it possible to trace the shipping routes from Antiquity on and also trade exchanges throughout the Mediterranean basin: thousands of ships have sunk since the prehistoric period and the discoveries are numerous.

Today it is possible, thanks to support from leading specialists in antique navigation, to provide some clues. The latest studies, carried out subsequent to some spectacular discoveries made over the last fifteen years (Gela, Marseille, Giens, Ajaccio, etc.), provide new information on the development of ship architecture and navigation techniques, as well as areas of economic influence: the trade of wine, olive oil, metals and many other commodities had indeed acquired considerable importance. These discoveries also reveal underlying political rivalries existing between the great civilisations of that time.

Reminiscent of “the big blue”, the exhibition hall at the Laténium presented ship hulls and the loads of vessels carried by the ships dated between the 6th and the 3rd century BC, generously loaned by the Superintendence of Cultural Heritage of Caltanissetta and the regional Museum of Archaeology in Gela (Sicily), the Département des Recherches Archéologiques Subaquatiques et Sous-marines and the Musée d’Histoire de Marseille, as well as the Université de Provence (Centre Camille Jullian, Aix-en-Provence).

Models and various original objects offered insights into the depths of the sea as well as into the heart of the Etruscan, Greek and Phoenician civilisations. The exchange routes can be identified thanks to the shipwrecks that marked them. Meticulous and sometimes risky recent excavations made it possible to reconstruct ship architecture, the range of products sold on the antique markets, and the life of the seamen.

The treasures exhibited included not only amphorae but also painted vases, metal or glass ingots, foodstuffs, bronze figurines and even a remarkable piece of basketry dated to the classic Greek period the preservation of which was ensured by the Laténium. 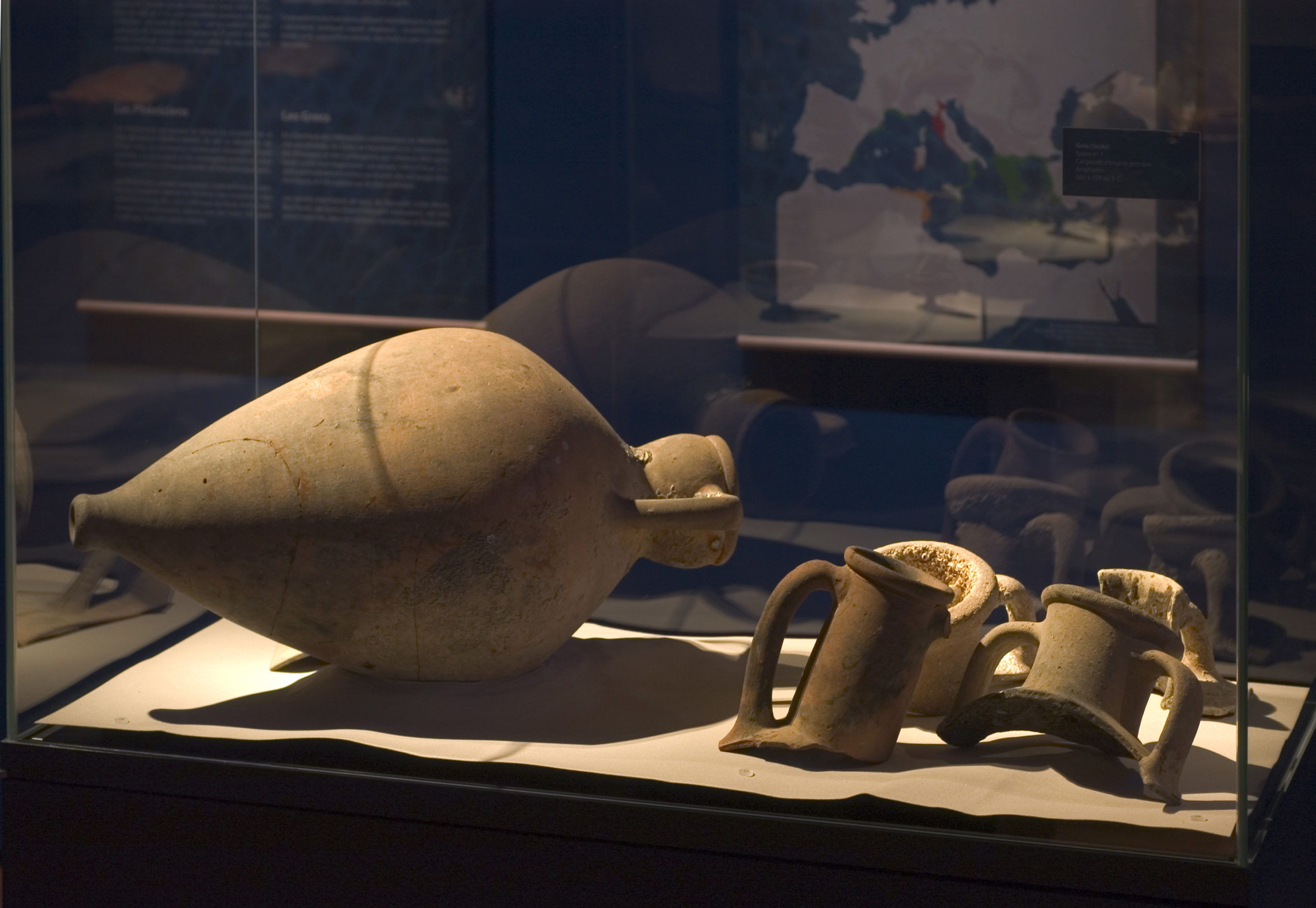