Museum collections are full of fakes and enigmatic pieces which conservators eagerly hide away from public view. With the exhibition «The Age of fake» the Laténium put on show the attraction of these sometimes spectacular and invariably instructive pieces, prestigious or unknown pieces loaned from numerous museums in Switzerland and other countries.

The exhibition «The Age of Fake» invited visitors to distinguish between authentic pieces and counterfeits. But it also showed that fakes are instructive: they reveal the hopes, the beliefs and the dreams of archaeologists. It can even be stated that fakes are never completely wrong and that that which was believed to be authentic is never completely true… In short, fakes reveal the history of lies of our ancestors, from the very beginning of humanity!

Archaeology is fascinating because it makes it possible to discover the hidden truth about distant times. But the past also awakens the eagerness of inventive counterfeiters. For centuries archaeologists have therefore been refining their methods in order to validate the authenticity of remains and report fraud. And in museums archaeological fakes are thoroughly hidden away from public view …

The exhibition The Age of Fake therefore departed from beaten track by putting on public show these sometimes spectacular and invariably instructive pieces. The team at the Laténium therefore searched through the museum archives in search of these discredited pieces. Requests were addressed to collectors and museums in Switzerland and in other countries, notably to such famous institutions as the Louvre, the Musée d’archéologie nationale and the Musée du Quai Branly, suggesting the creation of a unique selection of pieces stemming from antique, prehistoric and historic collections in Europe, Africa, Asia and America. This selection of a great variety of objects thus grouped together the bones of the first human, Egyptian figurines and torsos, Chinese terracotta soldiers, Celtic weapons, the “hieroglyphs” of the most ancient human language, the golden tiara of a Scythian king, Greek, Roman and Etruscan vases, a bronze horse, real counterfeited coins, Palaeolithic adornments and personal ornaments, cult objects from pile dwellings, Neolithic axes, the famous “missing link” between monkeys and humans…and even the thunderbolt of the god Jupiter!

The history of fake is made up of small anecdotes and big “cases” that punctuate the long adventure of archaeology. In order to reconstruct this eventful course the exhibition used a setting that emphasised opening, ellipse and illusion, light and colour effects. In a large open room seven thematic sectors succeeded each other in order to illustrate the multiple aspects of fakes…and authentic pieces.

Visitors also progressively discovered crooked counterfeits, the innocent fantasies of mythomaniac collectors and facetious scholars, the major scandals of the history of archaeology, falsified or misinterpreted authentic pieces as well as copies that were authenticated by the laboratories at the museums. But above all the exhibition made it clear that the frontier between fake and authentic is rather blurred. Because between imitation, recycling and copies, our ancestors too at all times liked to ignore references and to create illusions…In short, fakes seem to be set in stone!

In our 21st century, addicted as we are to consumerism, value is based on image and on virtual signs which now do not require material authentification. Today archaeology therefore seems to offer the last guarantee of real material authenticity: only archaeology seems likely to materially access the truth by excavating real vestigial remains of past times.

However, the exhibition at the Laténium showed that archaeology and its illusory cult of an absolute authenticity have made the fake possible. But although the birth of archaeology has opened up a new era (the Age of Fake), it can at least be stated that although nothing is completely authentic, there is also something authentic in any fake, yesterday and today … 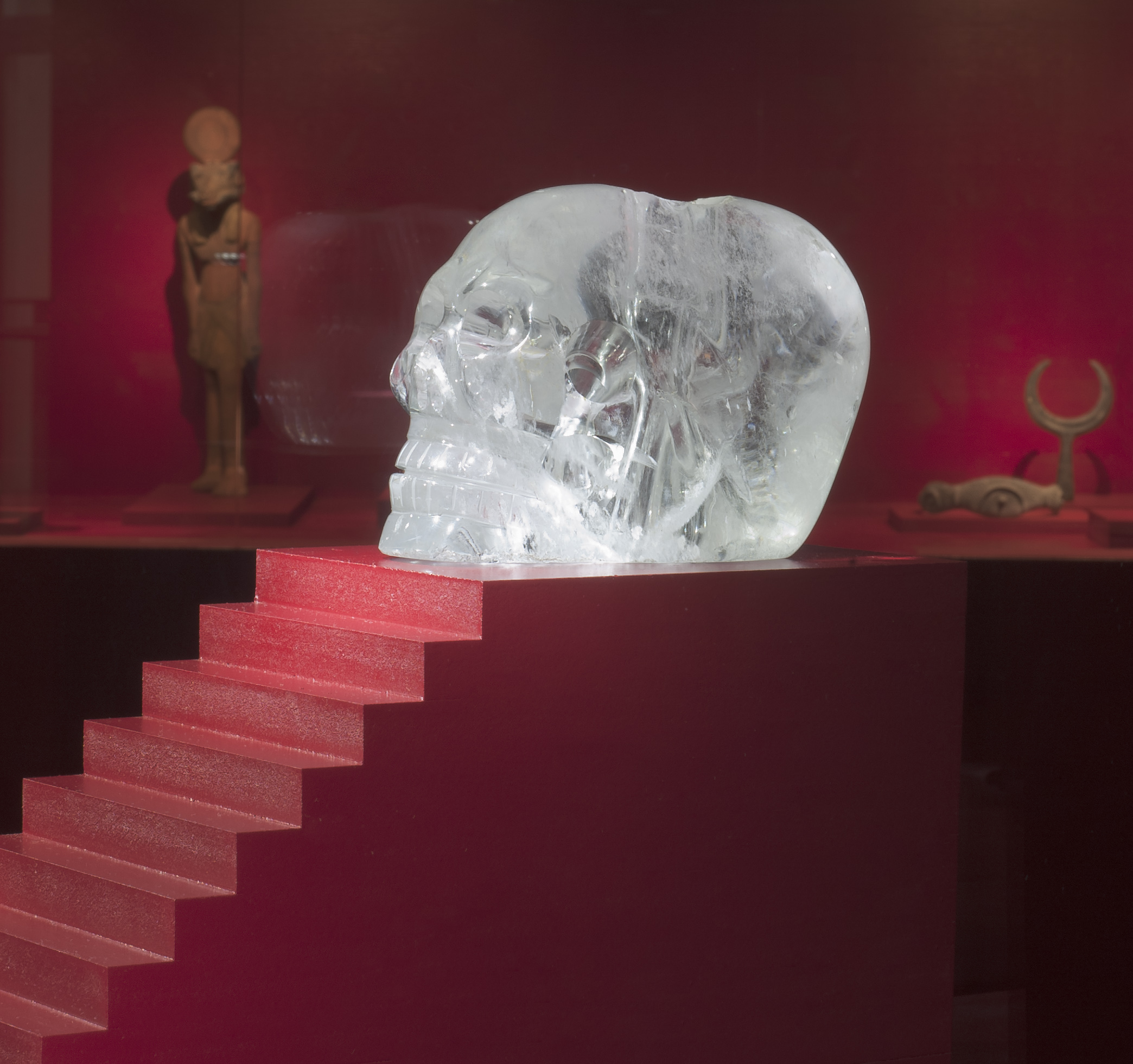