The exhibition Pharaoh’s flowers was the result of a recent discovery. During summer 2010 the archaeobotanist Christiane Jacquat rediscovered a treasure lost in the basement of the Department of Systematic and Evolutionary Botany at the University of Zürich: fragments of funerary garland that adorned the mummies of the pharaohs Ramses II, Amenhotep I, Ahmose and other deceased. Collected in 1881 in the Royal Cache of Deir el-Bahari by the renowned Egyptologist Gaston Maspero, these delicate remains were offered to the Botanical Garden of Zurich, which later lost track of them. Outside Egypt these flower garlands are preserved only in the world’s greatest museums: in Paris, Berlin, London, Vienna, New York, Leiden, Florence and Turin.

In order to highlight this exceptional discovery the Laténium collaborated with the university of Zurich, entrusting Christiane Jacquat with the scientific management of a definitely original exhibition that associated the perspectives of botany and archaeology with those of Egyptology and science history thanks to the contribution of the associated curators, Isadora Rogger (University of Geneva) and Géraldine Delley (University of Neuchâtel).

The exhibition Pharaoh’s flowers was made up of various artistic creations (drawings, readings, animated films and paper sculptures) that aimed to reconstruct the funerary universe. Thanks to partnerships with the Haute Ecole Arc conservation-restauration de Neuchâtel and the botanical garden of Neuchâtel, numerous objects and documents held in public and private collections in Switzerland and foreign countries on loan. More particularly the exceptional loans of the centrepieces at the Egyptological collection of the Musée ethnographique de Neuchâtel (MEN) should be mentioned. These benefitted from an ambitious restauration and conservation programme carried out concomitantly by the teams from the MEN and the Laténium.

After passing through the monumental entrance of the exhibition, visitors were captured by the description of the discovery of the Royal Cache of Deir el-Bahari, in 1881, the tomb in which the Amon priests had hidden the mummies of “complete families of pharaohs…the most famous who had reigned over Egypt”, according to the testimony of its discoverer, the famous Egyptologist Gaston Maspero.

Visitors then moved on to a sepulchral chamber, where they could hear the invocations of the Book of the Dead, the aim of which was to ensure the immortality of Nakht-ta-Netjeret, guardian of the gate of the Mut temple in Karnak. Lying in the lower part of the coffin the mummy of the three-millennium-old deceased was bathed in a light from beyond the grave reflected by an animated film endlessly repeating the creation of funerary garlands.

The innovative approach adopted by the last sector of Pharaoh’s flowers was to show the often unknown relationships maintained between Egyptology, prehistoric archaeology and natural sciences at the end of the 19th century. As shown by the laboratory reconstructed at the end of the exhibition, in which were exhibited botanic samples and scientific documents from Egypt and Switzerland, these successful interactions were stimulated by investigations into prehistoric pile-dwellings. Inspired by the analyses of the botanical remains uncovered on the shores of the Swiss lakes, the scholars who had preserved the floral garlands of the Pharaohs indeed knew that these funerary offerings could provide information not only on the rituals, the beliefs and the religious symbols of ancient Egypt but also on the vegetation, the agricultural practices and the dietary habits of the ancient inhabitants of the Nile shores.

The Laténium’s aim in holding this exhibition, dedicated to discoveries which are among the most touching discoveries to have come from the pharaonic tombs, was to highlight the significance of interdisciplinary collaborations and the unsuspected archaeological closeness between the extraordinary splendour of ancient Egypt and the most fragile remains of our remote regional past. 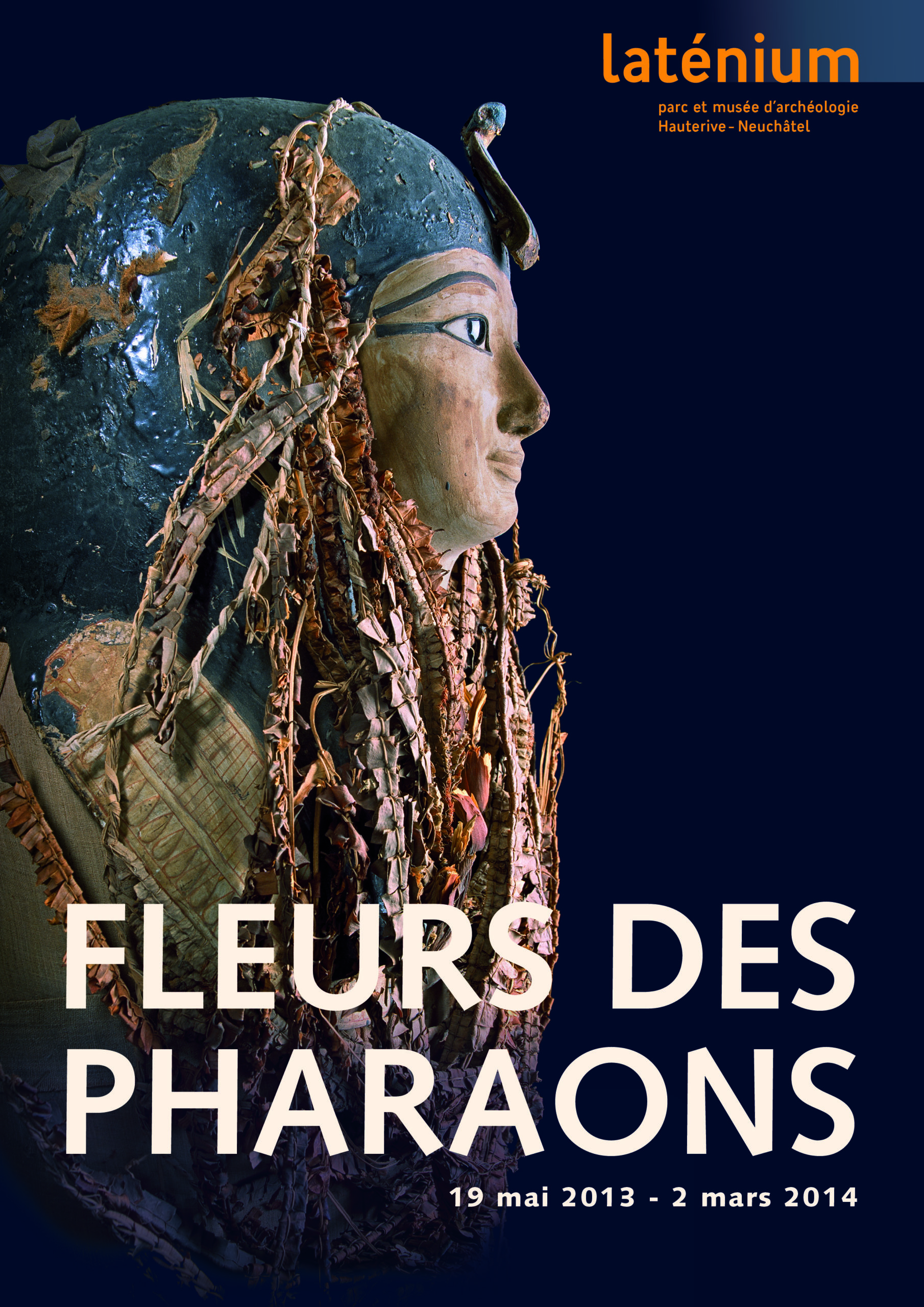