Back to the Origins of the Black Pharaohs traced back the course of the prehistoric and antique societies of Nubia over the last ten millennia. There were two aspects to the exhibition: the world of the dead and the impressive funerary rituals of the Nubian cemeteries; and the world of the living, from the origins of sedentism up to the foundation of the first cities of Black Africa.

This challenging project required a modification to the exhibition layout at the Laténium with the incorporation of an additional room for the temporary exhibition. Presented on two floors, the exhibition Back to the Origins of the Black Pharaohs featured an exceptional assemblage of archaeological discoveries with numerous loans from the museums of Geneva and Leipzig and most particularly by the Museum of Kerma and the National Museum of Khartoum (Sudan).

Among the funerary offerings and everyday objects visitors could discover jewellery and personal ornaments made of gold, bronze and semi-precious stones, ivory, faience and shells, weapons and utensils made of bronze, bone and stone, animal and female figurines, finely decorated potteries, stelae and sculptures made of sandstone as well as the monumental reconstructions of the statues of the “Black Pharaohs” Tantamani and Taharqa.

In keeping with its aim of realistically reconstructing the original archaeological settings, the exhibition also presented models of early prehistoric villages and the antique city of Kerma, explored for decades by the researchers from the Swiss Archaeological Mission in Sudan, as well as several reconstructions of burials including their grave goods (including the natural mummy of a Nubian archer).

Back to the Origins of the Black Pharaohs was not restricted to the presentation of the results of archaeological investigations. Video films enabled visitors to immerse themselves in the atmosphere of the country and to watch the adventure of excavations in the field as well as the bonds that were established between the Swiss archaeologists and the local populations. These human experiences led to the creation of an original museum at the site which helps to highlight the archaeological discoveries in an exemplary manner. In conclusion, the exhibition at the Laténium had the last word for visitors to the Kerma museum: men and women of all ages and all conditions share with us their interest in the local archaeological heritage.

First scheduled many years ago, this exhibition, created as a partnership between the Laténium and the Fondation Kerma pour la mise en valeur du patrimoine nubien, was inaugurated as part of the 13th International Congress of Nubian studies organised from 1st to 6th September 2014 at the University of Neuchâtel. 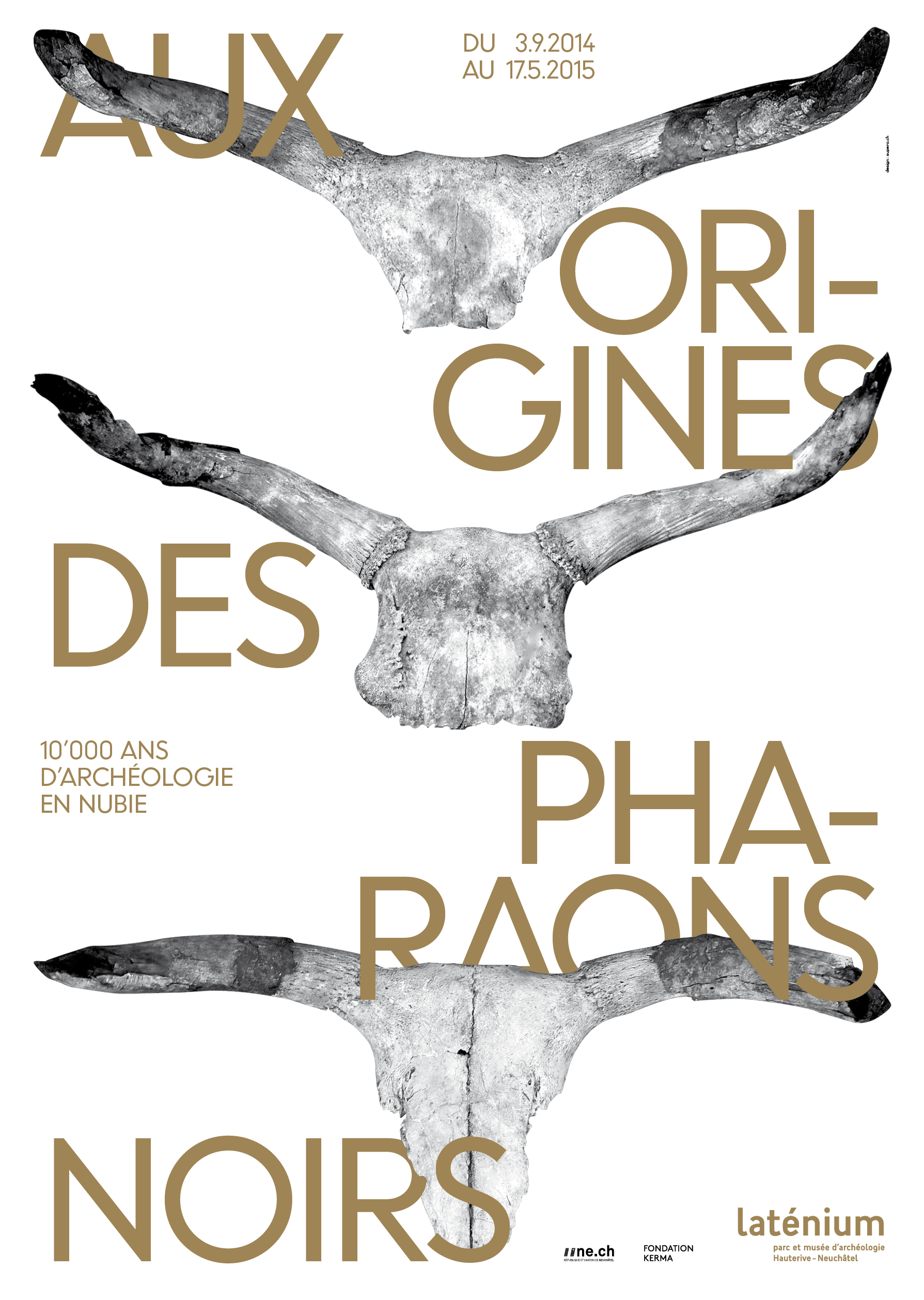